Construcciones Yamaro celebrates its 49th anniversary being an important part on the development of the country on a continuous and solid way.

In the framework of its anniversary, our CEO, Armando Iachini, sustained that so much effort and dedication has paid off: 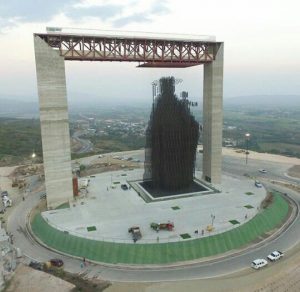 “The company is a reference on the international market, and that’s our biggest satisfaction (…) The achievement is based on keeping a status of focus and trust with a solid name for the market” – Iachini said.

Thus, with every project that we assume at Construcciones Yamaro, we do build more than just walls, we build progress and evolution!

“Congratulations to the amazing team that is part of this family. Our best wishes for each member of the executive board and its associates. Its founders, Pasquale Iachini and Alfonso Marozzi, they’d be as proud as their wives, Mrs. Graziela Iachini and Mrs. Lina de Marozzi, for our achievements and hard work” – commented Iachini.

Some examples of the important role of Construcciones Yamaro for Venezuela include: Meta via between San Fernando de Apure and Puerto Páez; Higuerote’s highway and the new highway to Oriente (the West side of the country), constructions that have brought progress and evolution to the neighbors that use these roads on a daily basis.

“When you build roads, new populations and towns will be built around them. Thus, road-making is the first step for a region’s development” – Iachini added.

Also, Armando Iachini highlighted the impact of the Manto de María Monument, a tribute to the Divina Pastora Virgin, patron saint of Lara state, as an edification that for always will remain on the hearts and minds of the Venezuelan people.

“I thank this organization for its unconditional support. No matter the current circumstances our country is going through, I remain optimistic, as well as Fiorindo, Antonio, Paola, Gabriel and our children that will come after us. We’ll celebrate many other years to come, all together” – our CEO ended.